LEAD THE BATTLE Gem Wizards Tactics combines the familiar tactical game formula with multiple combat mechanics, and randomly generated maps making for hours of single-player fun! You’ll take part in a war that isn’t just about mashing the enemy – each battle is a complex puzzle to solve. CORPORATION FROM HELL Something demonical rises from down below. It’s evil, and they are in suits – they’re Business Demons. They’re to conquer whatever they can with their corporate hands! Follow the adventure of a young intern on an epic quest to find the truth about Omni-Gem! A WARGAME LIKE NO OTHER With four nations, and 26 unique units – each with special skills to use – Gem Wizards Tactics will surprise you with the variety of methods available in the fight! Push your opponents off the edge of the board on the river you’ve just froze, block their path with flames to line them up and finish them off with a piercing attack or combine them to dominate the opponent – it’s up to you how creatively you lead the army! Key features: – Randomly generated maps that will provide endless fun – Multiple fight mechanics that allow for a variety of tactics combinations! – 4 different nations, with a total of 26 units with unique powers – combine them to unleash hell! – Many play modes including Story mode, campaign and custom games – Map editor which will allow you to prepare your own war scenarios – Colourful pixel art visuals and a captivating soundtrack! 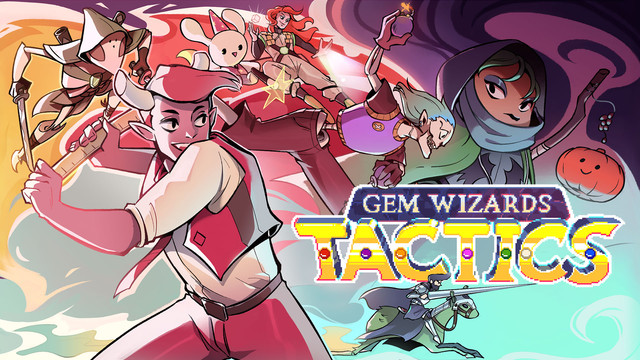 
Your Eshop Game Code has been Activated, and is ready to be unlocked!
Loading..
Tags:Nintendo Switch, Other, Puzzle, Simulation, Strategy, switch